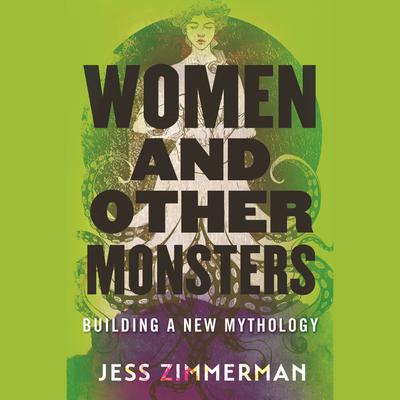 “A thoughtful and deeply personal set of meditations on two subjects dear to my heart. Though as I read this, I couldn’t help but feel that it had been written for me personally, I suspect that it was written for you too.”

I was absolutely transfixed by Greek mythology when I was a little kid, and in a lot of ways that stays with you; you stay conscious of the tropes and symbols, and you notice them in art and literature and life. I started noticing how many mythological monsters had become gendered insults—”gorgon” and “harpy” especially—and how women and feminized people were reclaiming these images, particularly Medusa, who’s the subject of the first essay in the book.

I wanted to think through the experience of being a woman or being treated as a woman through these monsters, which represent both the ways we’re constrained and the ways we can reclaim power and agency. Then Madeline Miller’s Circe came out while I was working on the book and confirmed that we were ready for another look at women who’d been made into villains in myth.

Though this started with my childhood mythology obsession, I also found space to work in a few of my other weird preoccupations—so they might get a chance to learn about wax anatomical figures, a very strange house in Wisconsin, or an index ranking how bad it feels to be stung by various insects. It’s not all feminist polemic!

I’ve only listened to a sample; though it’s not a memoir, there are enough personal elements that it’s deeply weird for me to hear someone else narrating it. But I asked for a reader who sounded like someone you’d want to be friends with, and I think they nailed it with Vanessa Moyen.

I zone out too easily to listen to complicated books, but I like to listen to funny ones while exercising or commuting (in the Before Times, I had a nice walk home from work that was a perfect time for books). I have been listening to Terry Pratchett’s audiobooks narrated by Stephen Briggs on my stupid little pandemic walks and they’re just perfect.