Top 20 Most Recommended Audiobooks of All Time

Here at Libro.fm, we don’t rely on impersonal algorithms to help you find your next favorite audiobook. We offer recommendations from real people: the dedicated indie booksellers working in our 1,700+ partner bookstores! Independent booksellers champion their favorite books—whether they’re bestsellers or releases that skated under the radar but are nonetheless excellent—and help get them into the hands (and ears!) of readers who will love them.

Below, check out the audiobooks in our catalog of 200,000+ titles that have drawn the most frequent recommendations from indie booksellers at our partner bookstores. 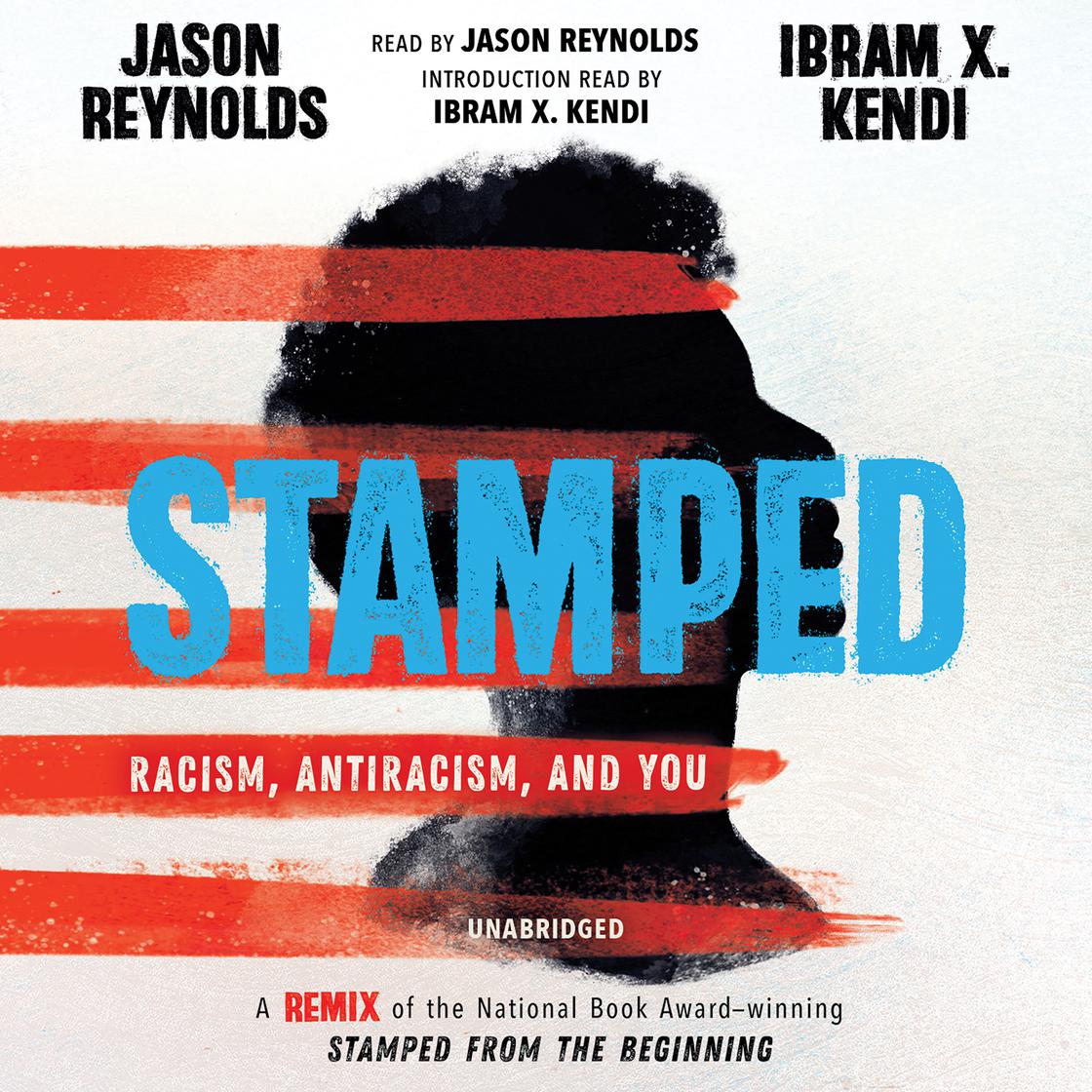 “I was blown away by this book. I listened to the audio and Jason Reynold’s narration is engaging, funny, and moving all rolled into one. I found myself interested in history in ways I have not been in the past. As white women I found myself grieving for the crimes my race has committed. For hatred that continued to take root and spread. Yet I also found hope. This book does a great job of engaging the topic of race, why racism persists and gives hope that things can change. I wish I could make everyone read this book.” 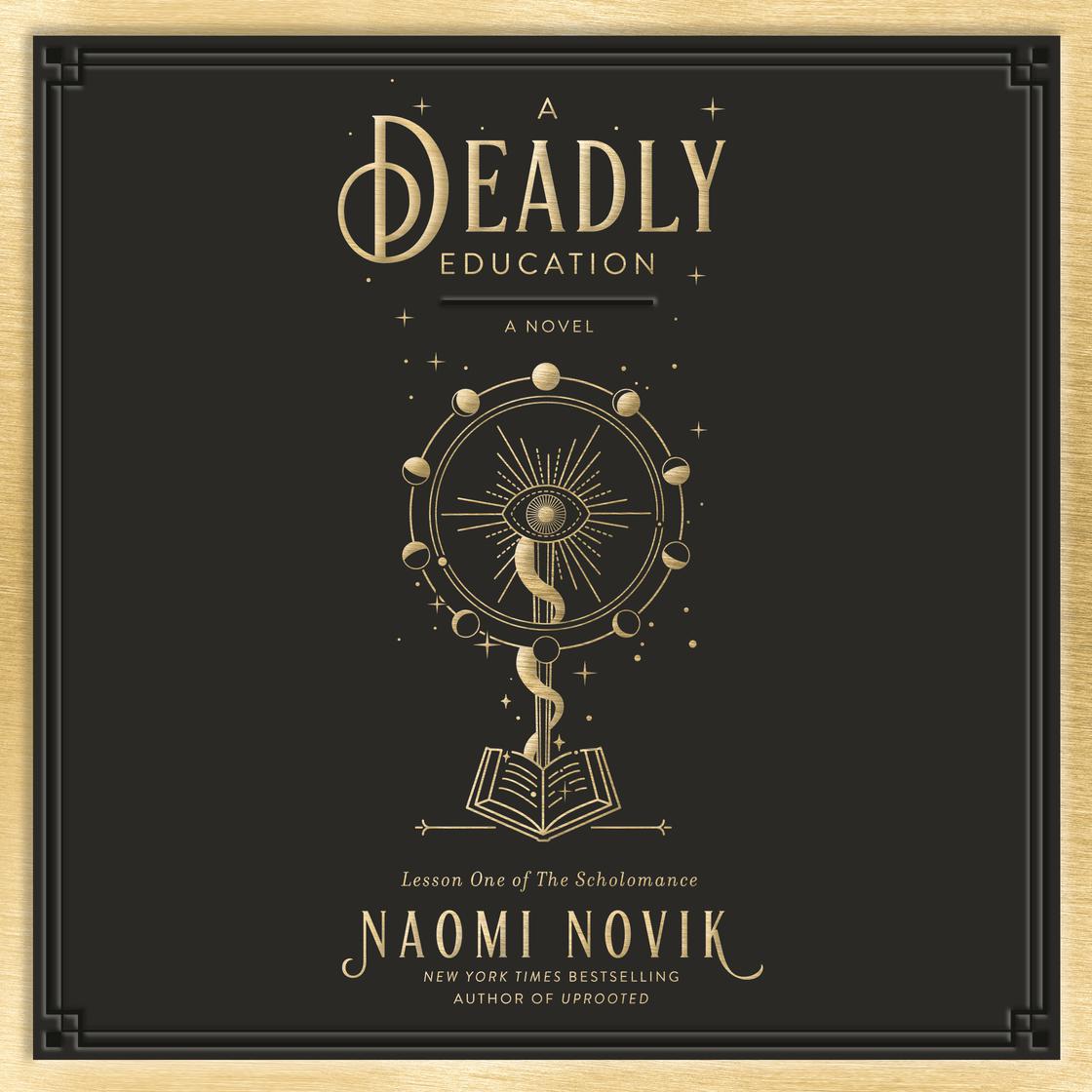 “I loved this so much that I listened to the audiobook twice, back-to-back, the second time to share it with my mother so that we could talk about it. This is the magic school, hella-powered main character, high stakes series we all deserve and I am anxiously awaiting the next book to answer my many questions and give me all new ones!!! ” 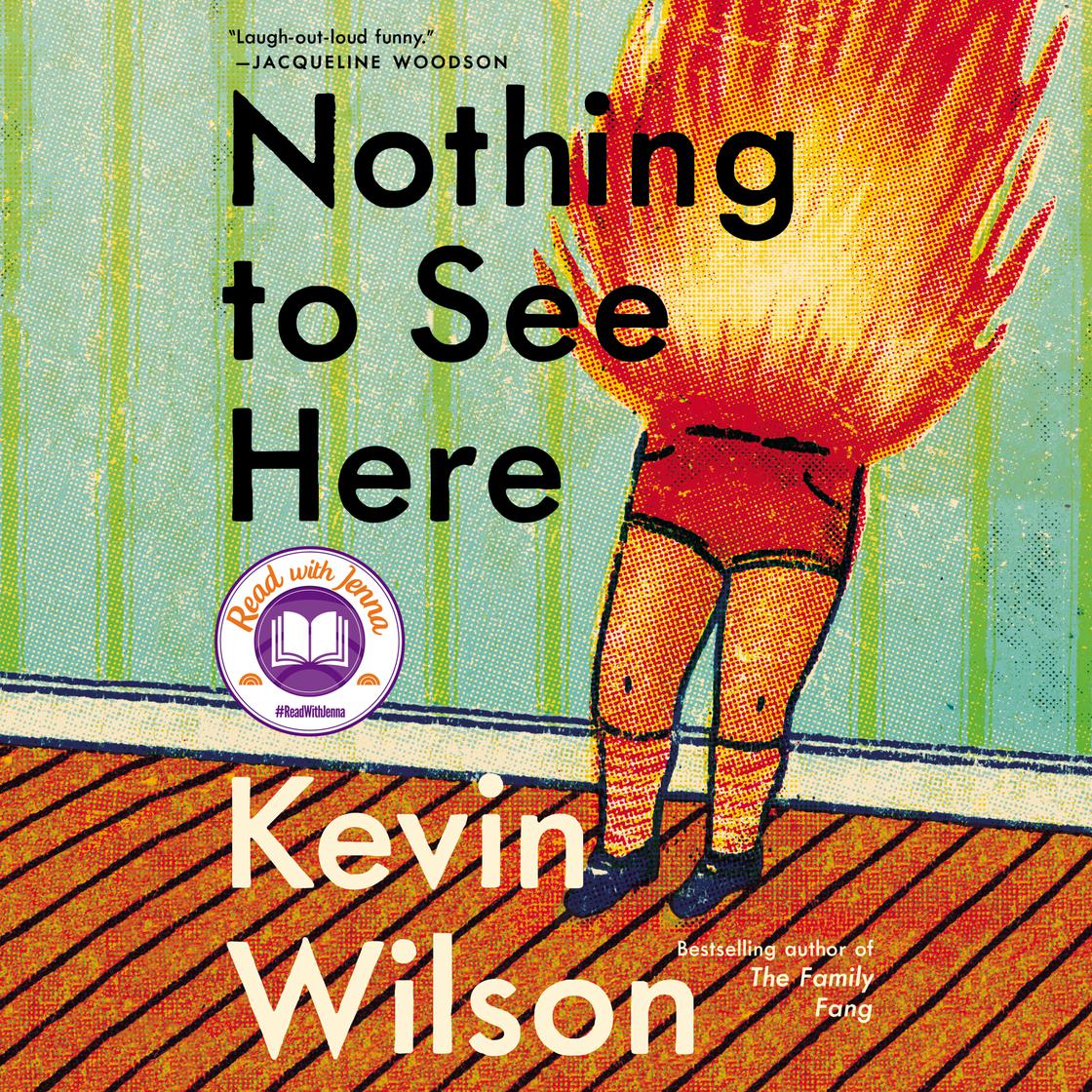 “This book was meant to be heard! Wilson creates a narrative in a world so sarcastic and colorful that I would taste cherry kool-aid long after I stopped reading. Flash to me doubled over in my car laughing or sobbing or both at the same time. I actually started to look forward to my hour-long commute every morning just so I could spend time with these characters… I also might have adopted a sassy southern accent for a good twenty minutes post-listening. I adore this book with all my heart.” 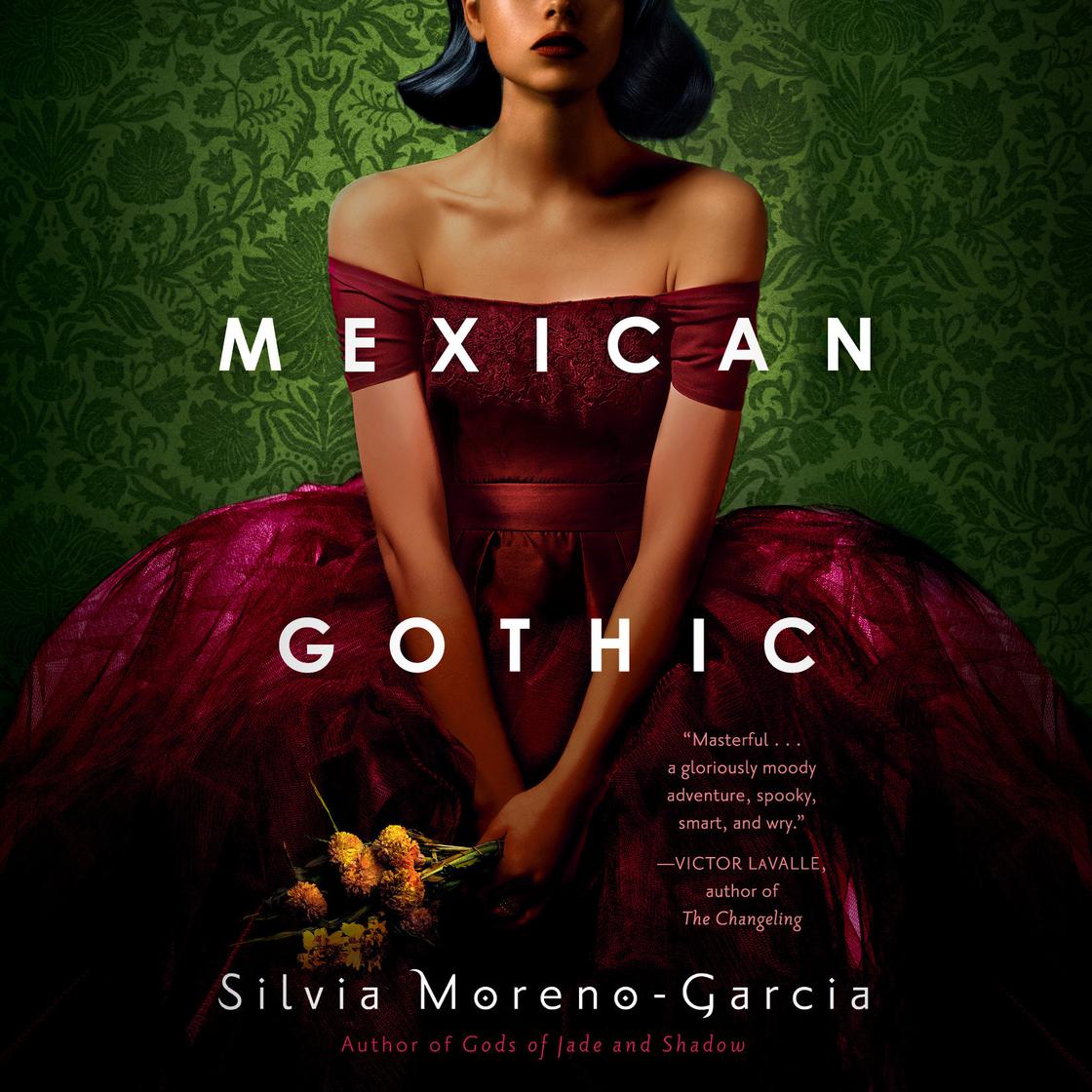 “Creepy and romantic, Mexican Gothic is easily one of my favorite books of 2020! Upon receiving a strange letter from her cousin, Noemi Taboada goes to investigate the happenings of High Place, a decaying manor filled with secrets, and is plagued by terrifying dreams and visions. Moreno-Garcia delivers a fresh take on a classic gothic novel that will grab your attention from the very first chapter!” 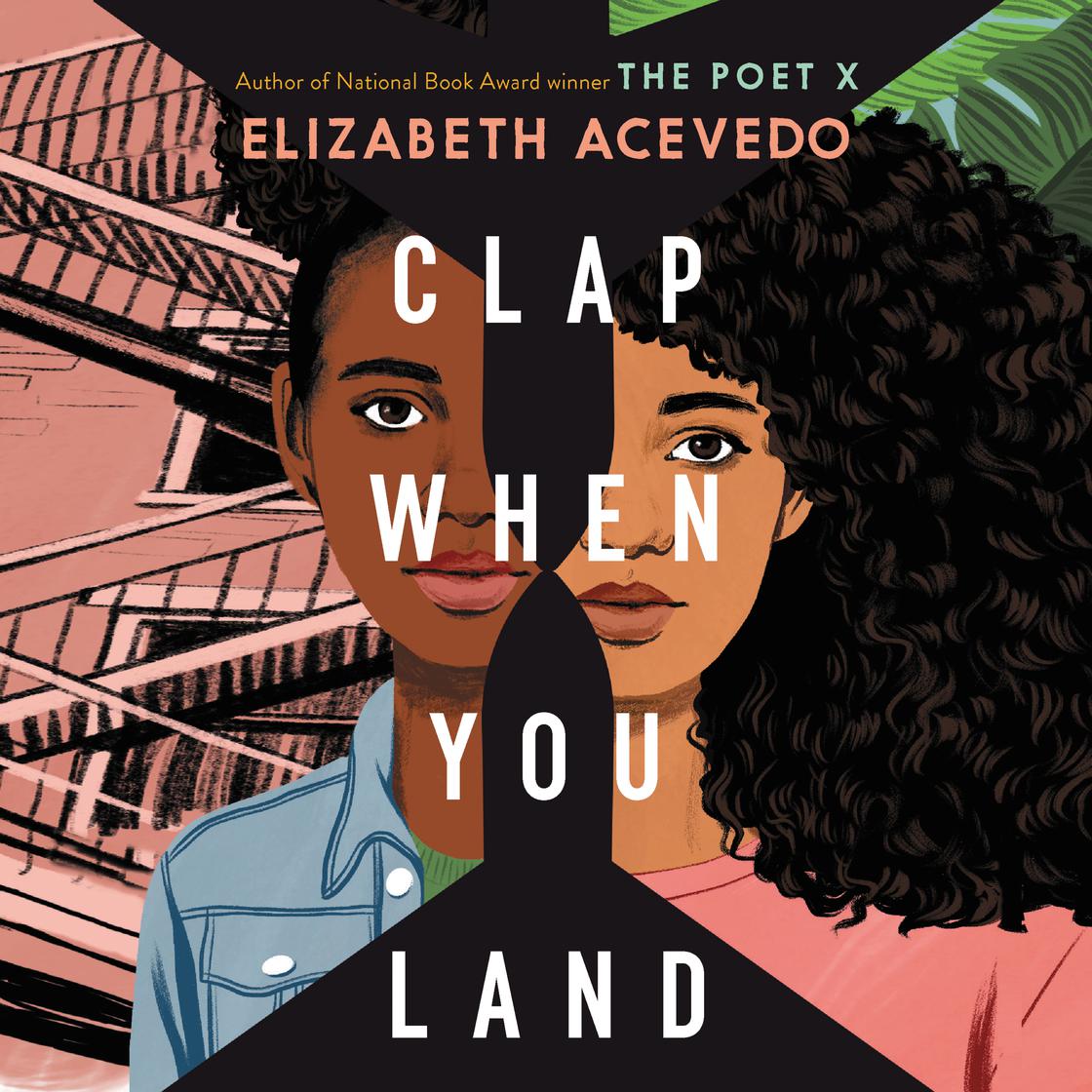 Clap When You Land

By Elizabeth Acevedo • Narrated by the author & Melania-Luisa Marte

“Lyrically written with precise clarity and beautiful turn of phrase, National Book Award-winner Elizabeth Acevedo shares a poignant story of loss, identity, and family. I highly recommend the audio version because of the poetic cadence that begs to be read aloud and the voice of two women (including the author) who narrate the two points of view in the book, adding an extra dimension to the story.” 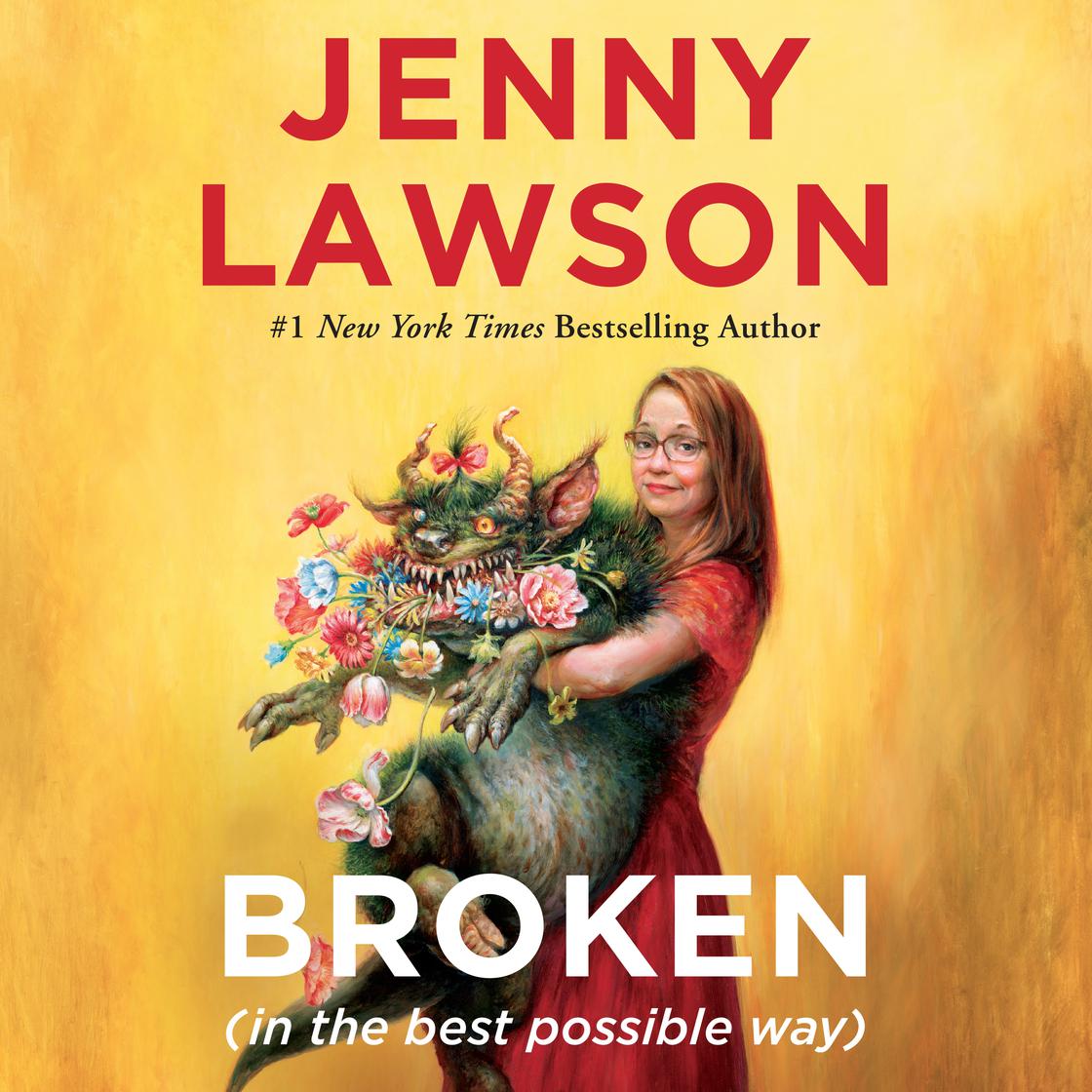 Broken (in the best possible way)

By Jenny Lawson • Narrated by the author

“Lawson speaks to all of us who are weird, wacky, and unafraid (but, really, often afraid) to share our quirks with the world. Some chapters of this book moved me deeply, where it felt as though she was narrating my own life. Other chapters made me ugly laugh, the type that turns strangers’ heads in public. I’m so happy I was given the opportunity to start 2021 with this book. It set the bar high for hope in the year to come, and for the books that will be read.” 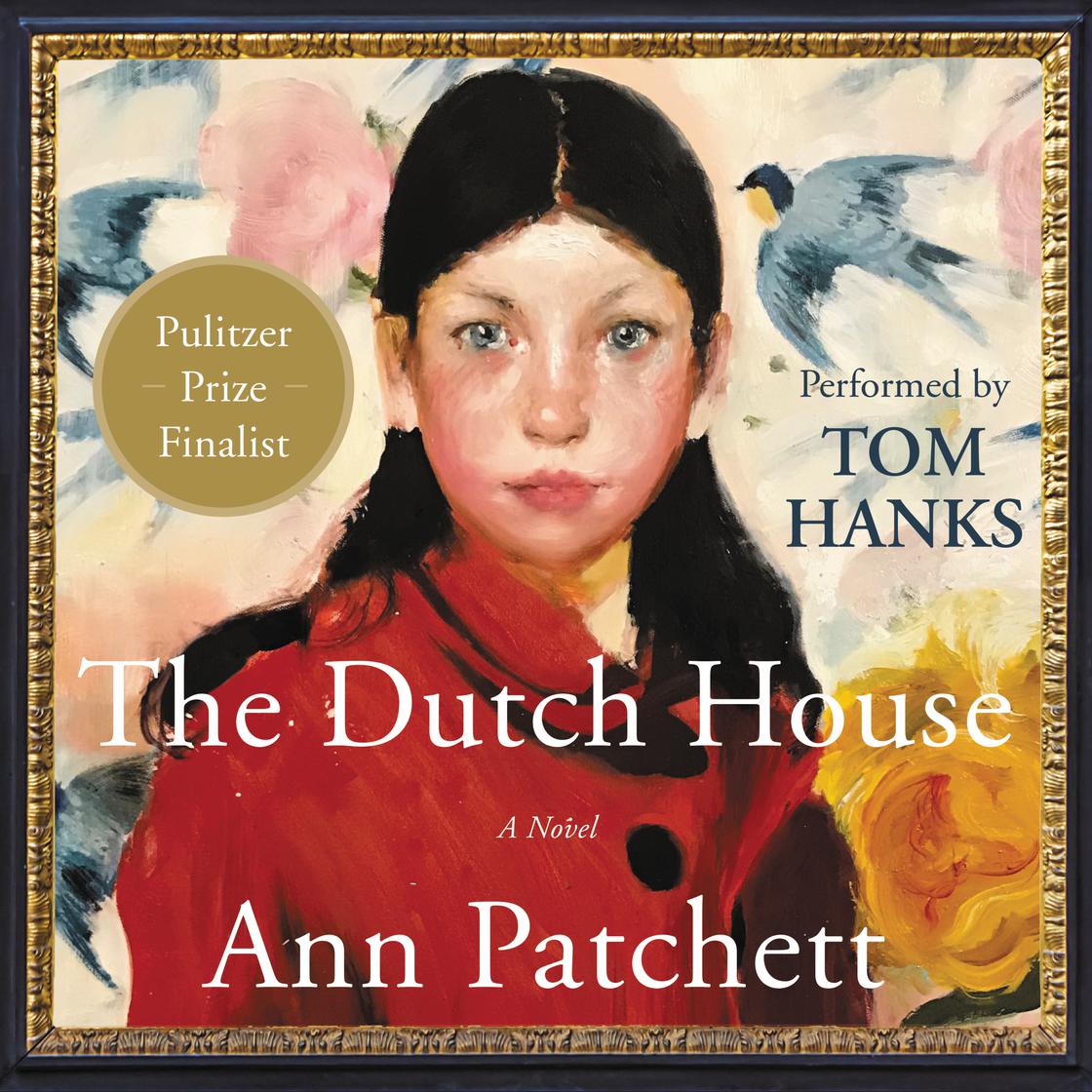 “Even if you’ve already Ann Patchett’s masterful new novel, don’t overlook the audio version! Knowing the story and hearing Tom Hanks as Danny are unique experiences—in fact, listeners can savor Hanks’ insightful depiction of the narrator even better knowing the plot. Patchett’s work and Hanks’ interpretation are a perfect match!” 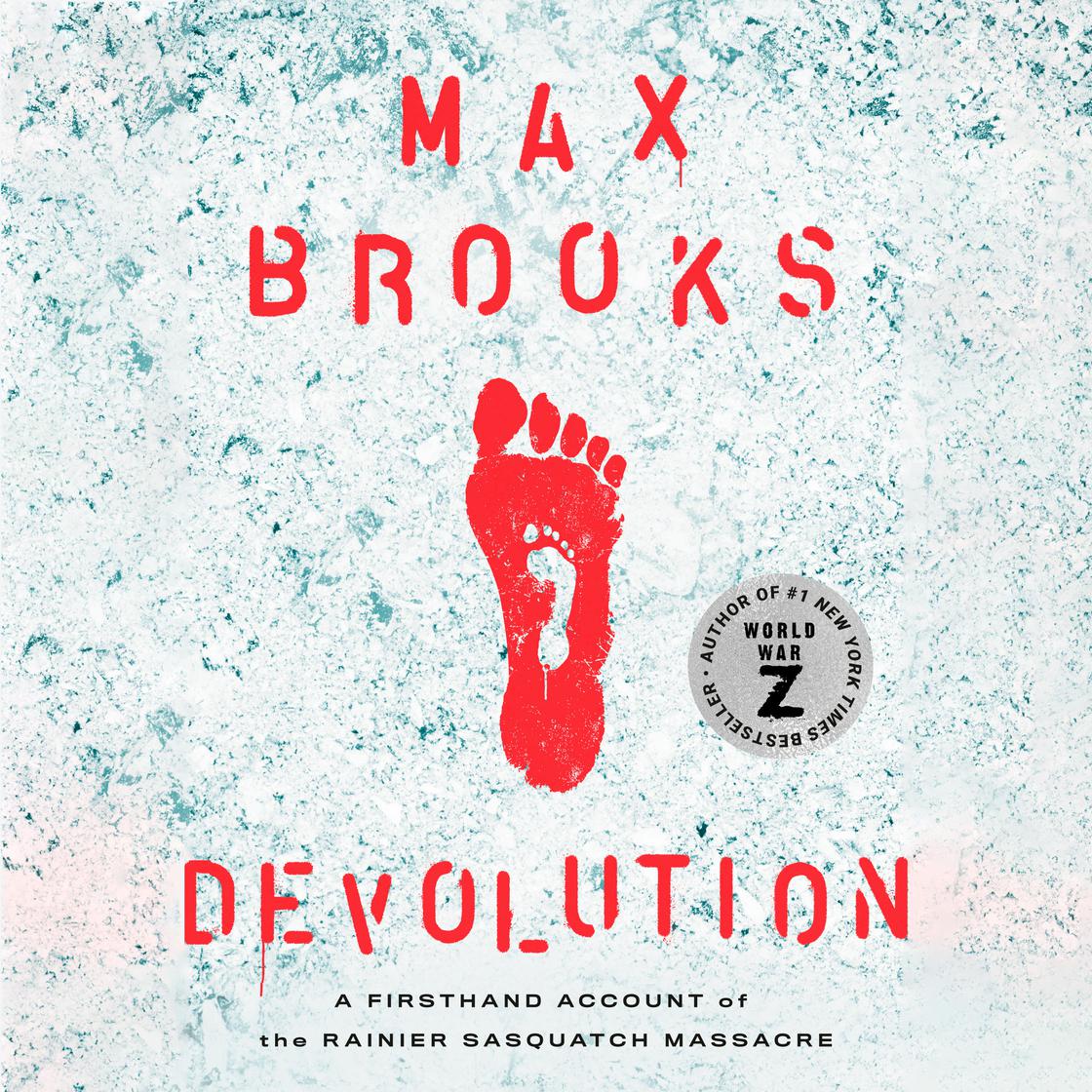 “Take a natural disaster, an isolated community, and the Bigfoot legend, and you are rewarded with a suspenseful spooky tale that may or may not be a good idea to read in an isolated location in the woods. You will be kept on the edge of your seat as you devour this survival/adventure story mashed up with a mystery that unfolds through a journalistic inquiry combining research excerpts, interviews, and a found diary. It also provides a not-so-subtle cautionary tale about our reliance on technology and convenience. A multiple narrator cast made for an enjoyable audiobook listen.” 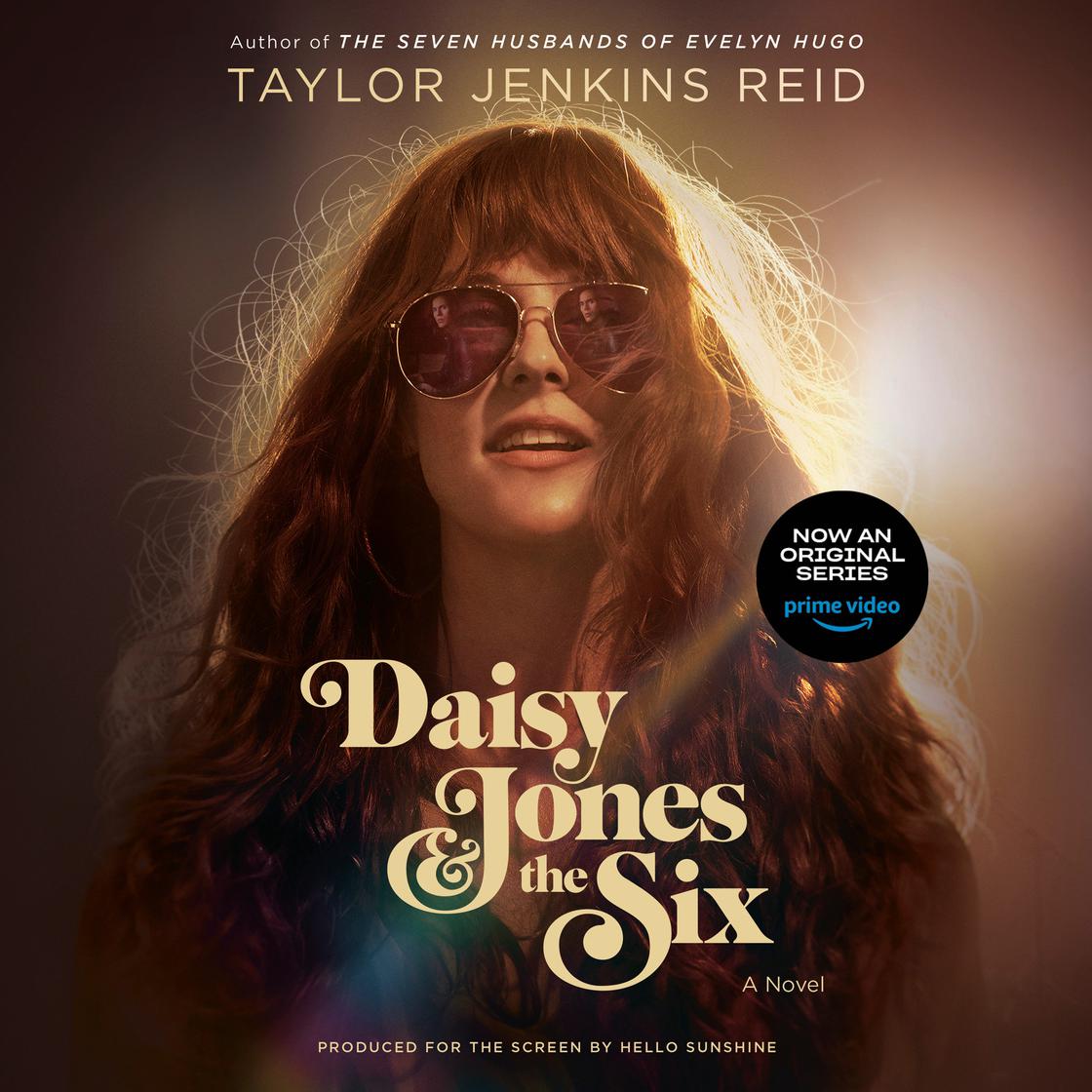 “If you’re a huge audiobook fan like me, you must listen to Daisy Jones & The Six. The book is written as an oral history and is read by an entire cast of top notch readers and actors. I felt like I was listening to an amazing 70s rock & roll documentary, it felt so real that I even looked up the band online to make sure it was truly fiction. This book is about a band’s rise to stardom and everything that comes with it: sex, drugs, rock & roll, smashing of egos, the pain of creativity, and amazing song writing. ” 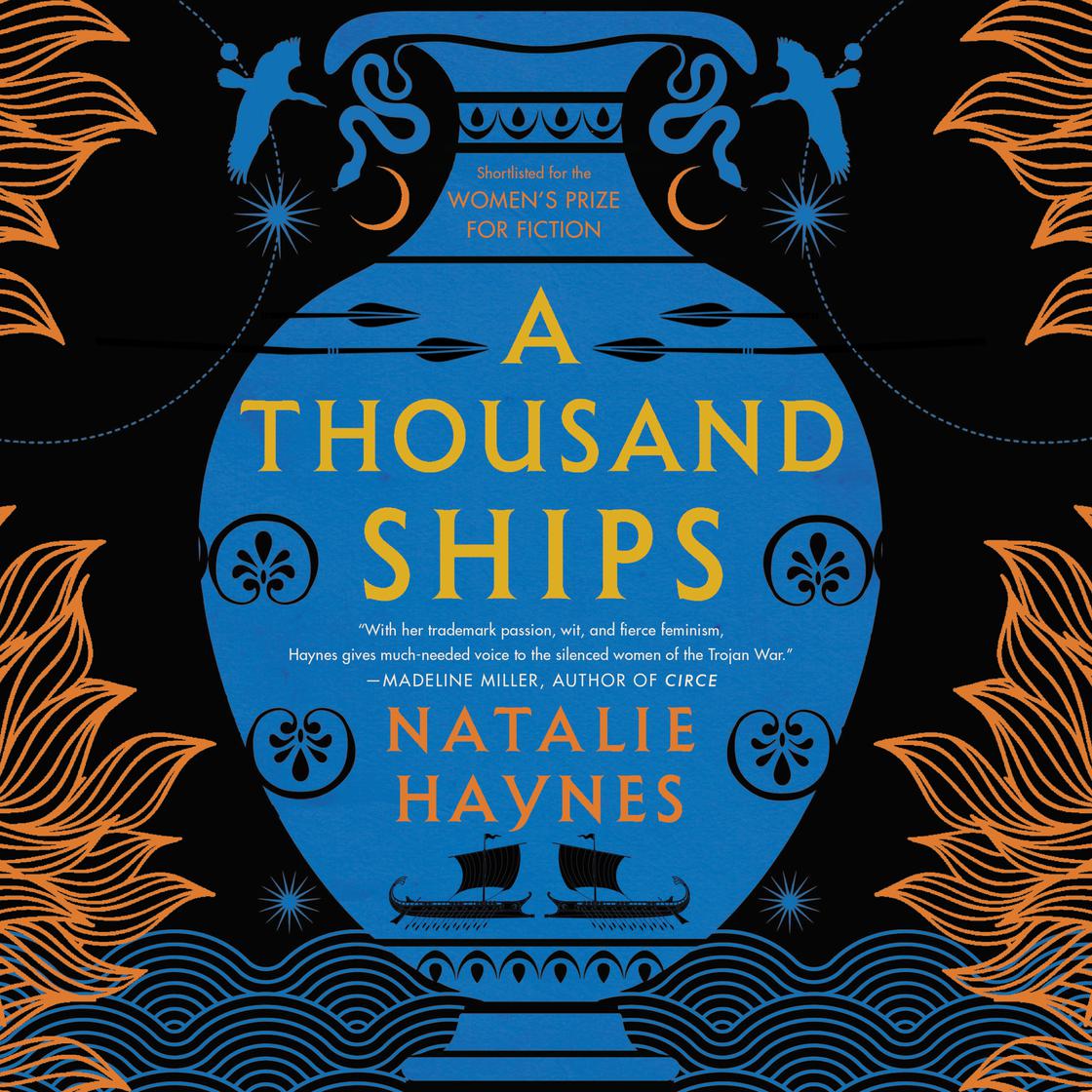 By Natalie Haynes • Narrated by the author

“From The Aeneid to The Iliad and The Odyssey, classic stories of the Trojan War are implicitly reliant on the role of women, however reticent they are portrayed. Finally — finally! — we have a retelling that does women, girls, and goddesses justice. Through the perspective of women in various places and times during the war, Natalie Haynes constructs an epic collage that follows the warriors, refugees, oracles, muses, wives, and daughters of Troy, Greece, and beyond in one of the most famous conflicts in world history.” 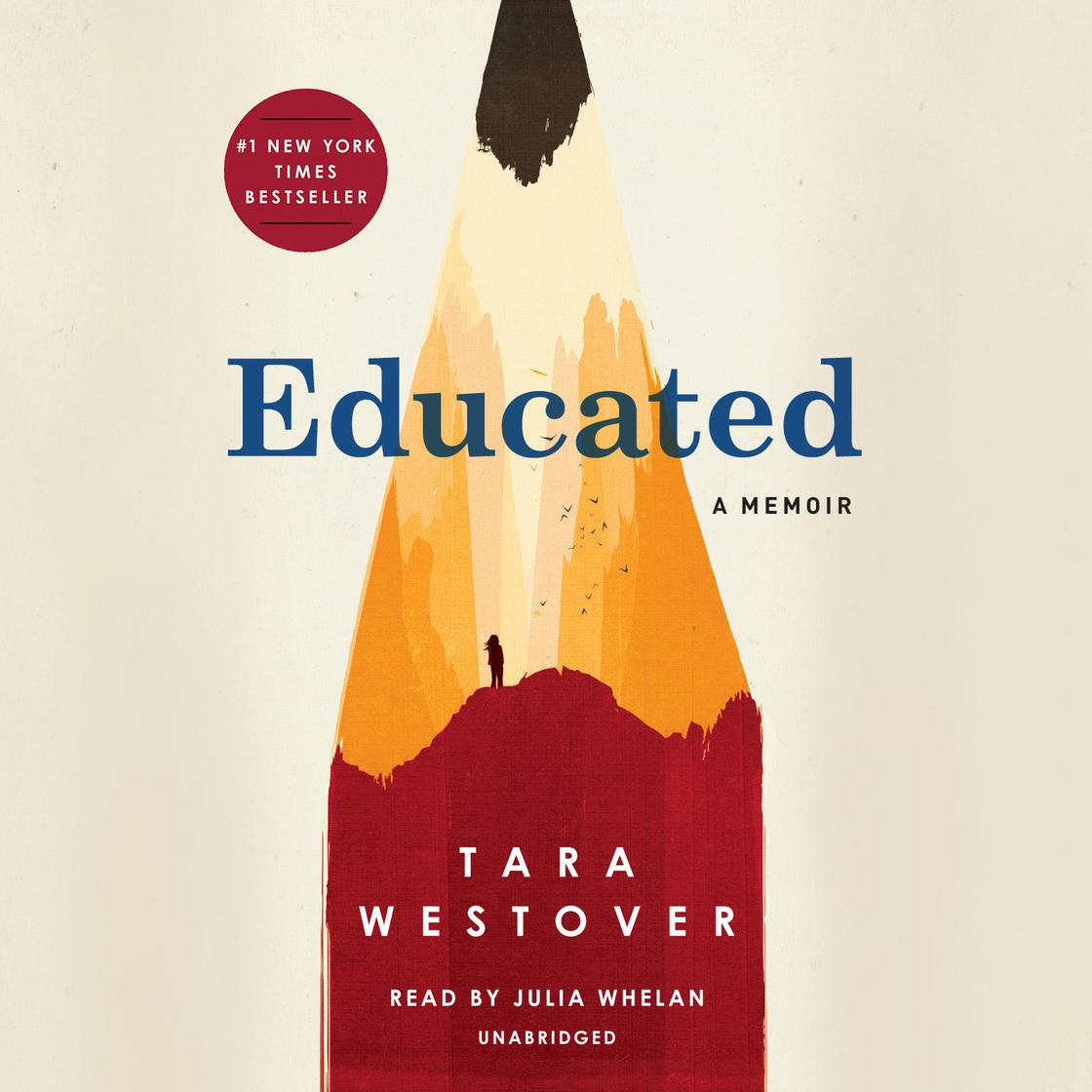 “This memoir is unlike anything I’ve ever read, yet I fear that there are others who were raised in circumstances like Tara Westover. Westover documents her childhood devoid of education beyond the family’s radical, extreme, doomsday religion with chilling detail as if investigating herself as a case study will help explain how she escaped. Highly recommend.” 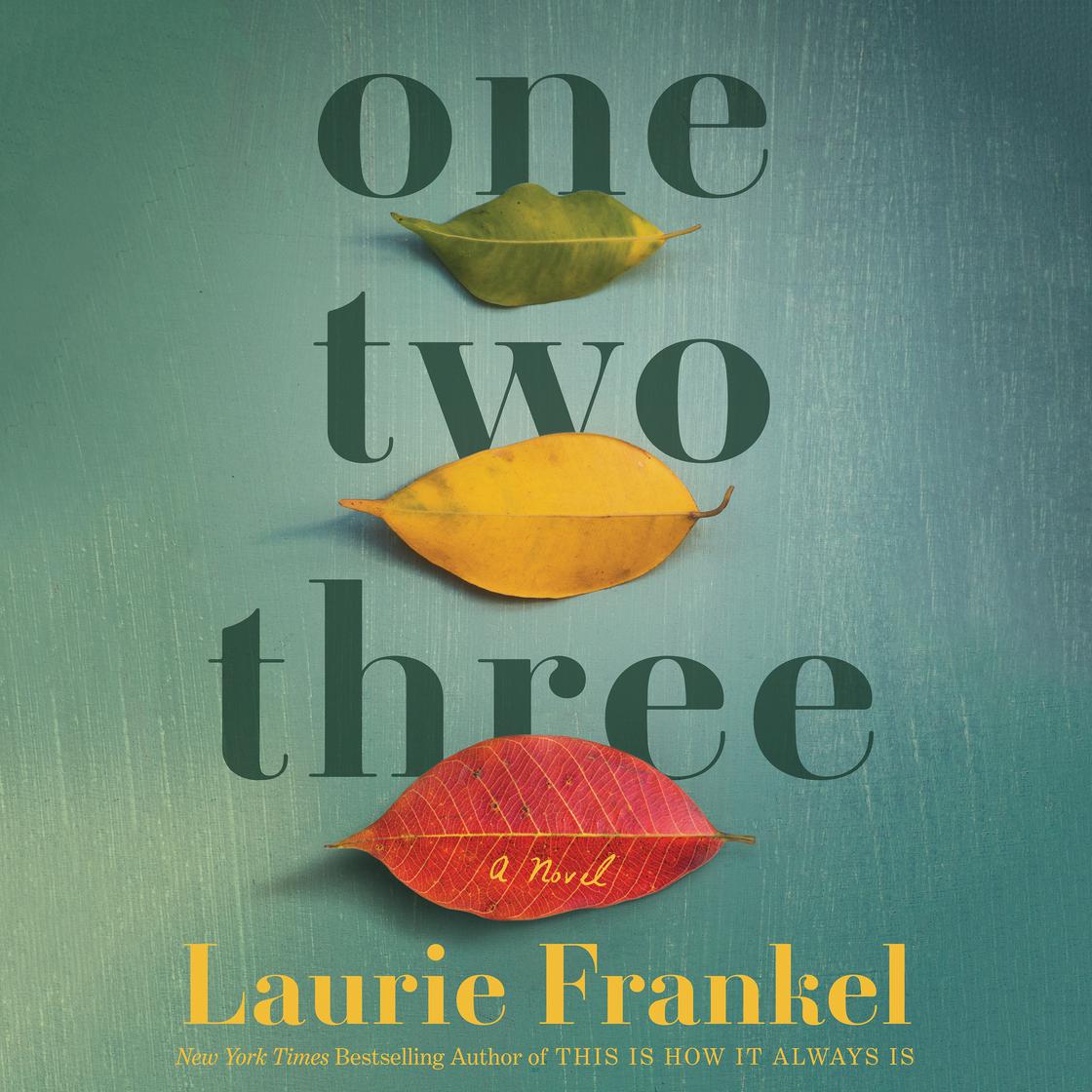 “One Two Three by Laurie Frankel is the kind of novel that immediately grabs your attention and never lets go. In a marvelously constructed narrative, told in the three distinctly different voices of the Mitchell triplets, the reader learns how the town of Bourne had its water poisoned 16 years ago by a chemical company, resulting in many deaths and even more birth defects….[I]t’s nearly impossible to stop reading once you begin! Suspenseful, funny, heart-wrenching and ultimately hopeful…this is a novel book clubs will adore. For lovers of Barbara Kingsolver, Jodi Picoult, and Richard Russo, but this will be a book I try to handsell to everyone. It’s that good!” 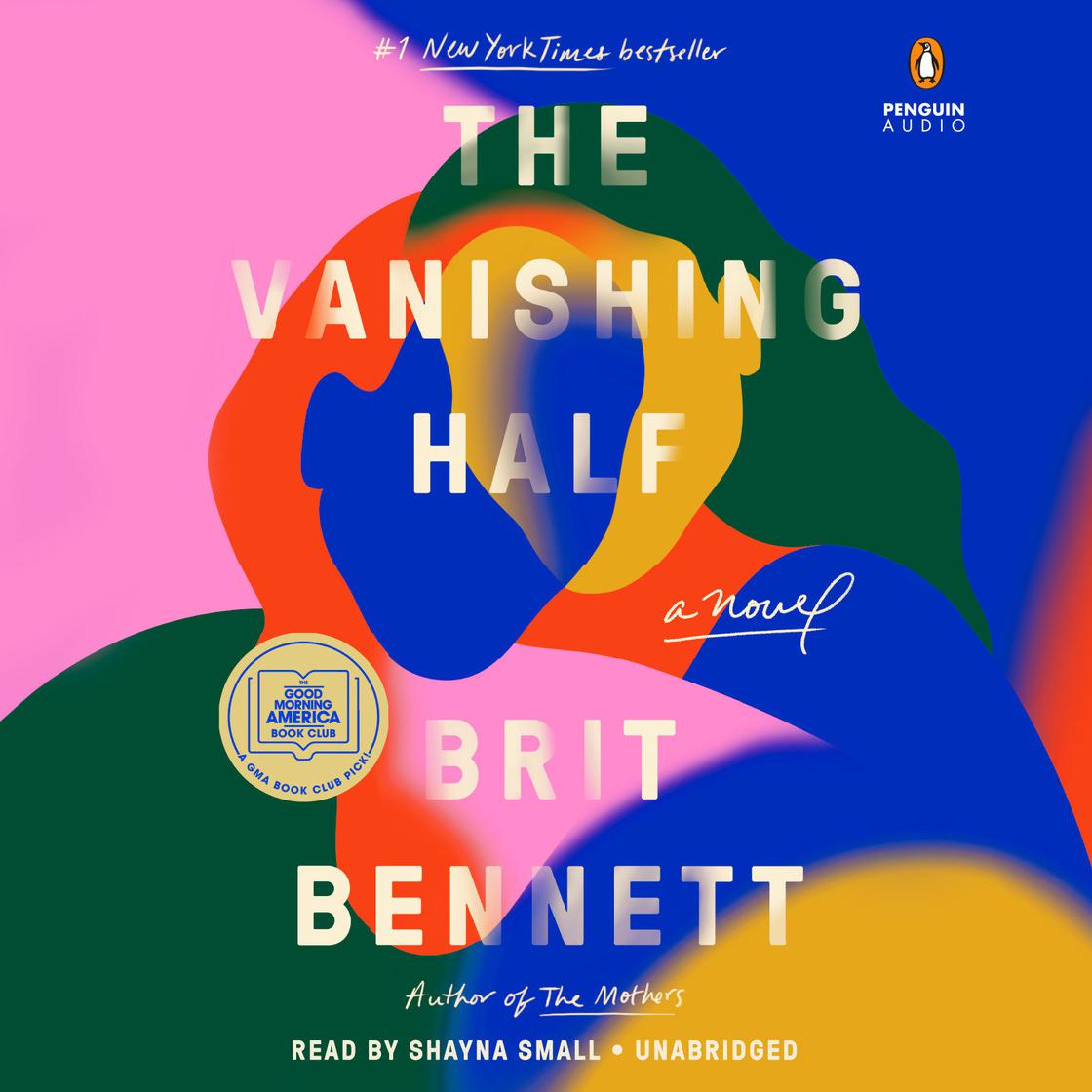 “The Vanishing Half may go down as one of my favorite books of all time. Brit Bennett’s narrative style is engrossing, the constant shift in timeline beyond compelling. But more than that, this is a book that deals with so much—racism, colorism & passing, sexism & domestic abuse, trans rights, family dynamics…the list goes on—with unbelievable nuance and empathy. A timely, complex, mysterious (and romantic) epic, The Vanishing Half is a force to be reckoned with. A must read for all—but especially worth consideration for book clubs and classroom reading lists.” 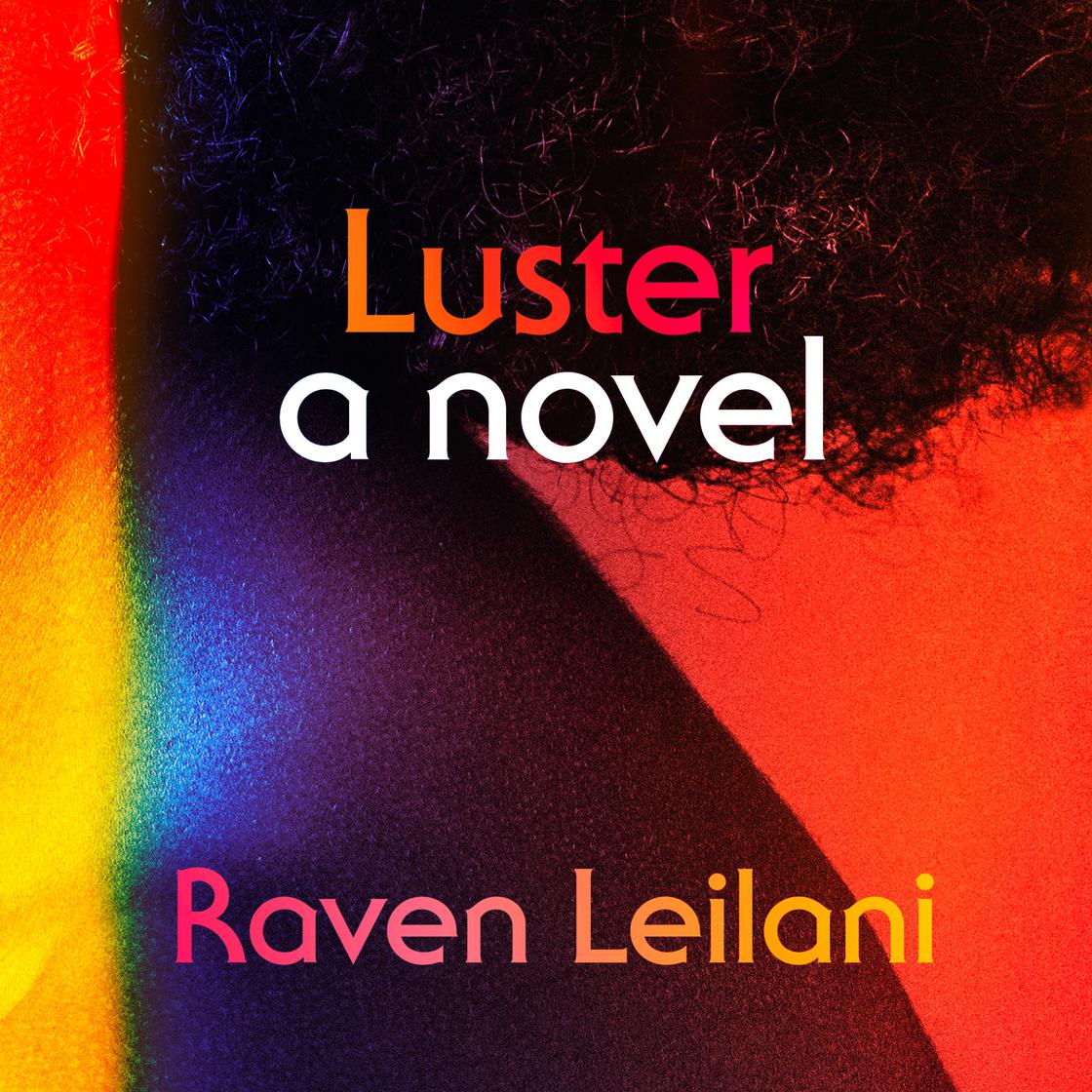 “Luster is a hand grenade disguised as a coming-of-age novel. It’s everything you want in a bildungsroman—it’s intimate, funny, and daring—but in Raven Leilani’s skilled hands it is also volatile and complex, a profound meditation on the intersection of race and loneliness, a thorny examination of sexuality and trauma, of power and privilege, and the subtle interplay between all of the above. It’s also so absorbing and compelling that it’s hard not to read it in one sitting.” 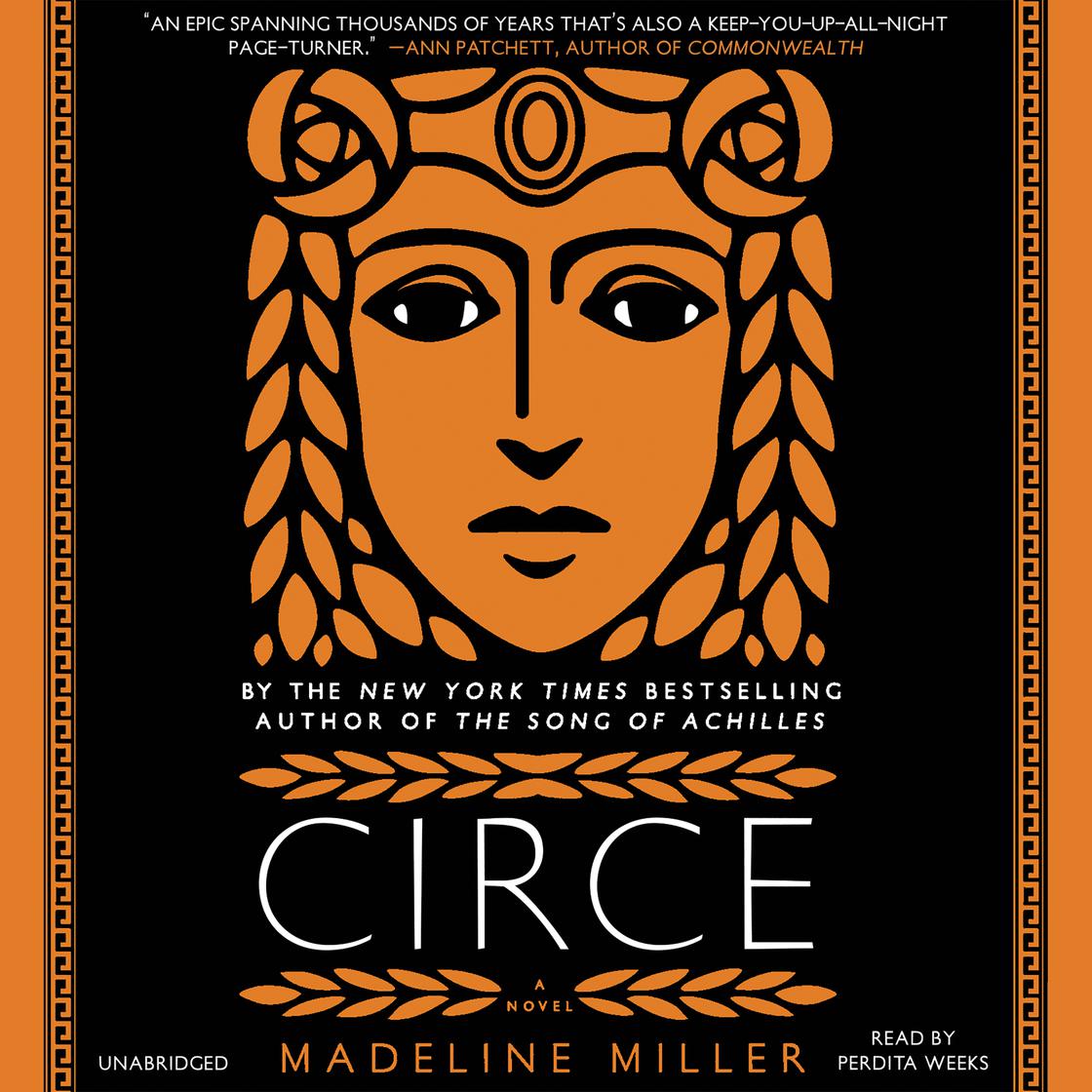 “This remarkable journey into mythology brings the ancient gods directly and viscerally into the present. Circe is a perfect mashup of elegant language, glorious storytelling, and exquisitely modern sensibilities. Miller’s telling left me awed and moved by Circe and her story, all while wishing I could invite her over for a glass of wine on the porch. How this amazing author so perfectly melds the human and the divine, creating a story both immediate and epic, is dazzling.” 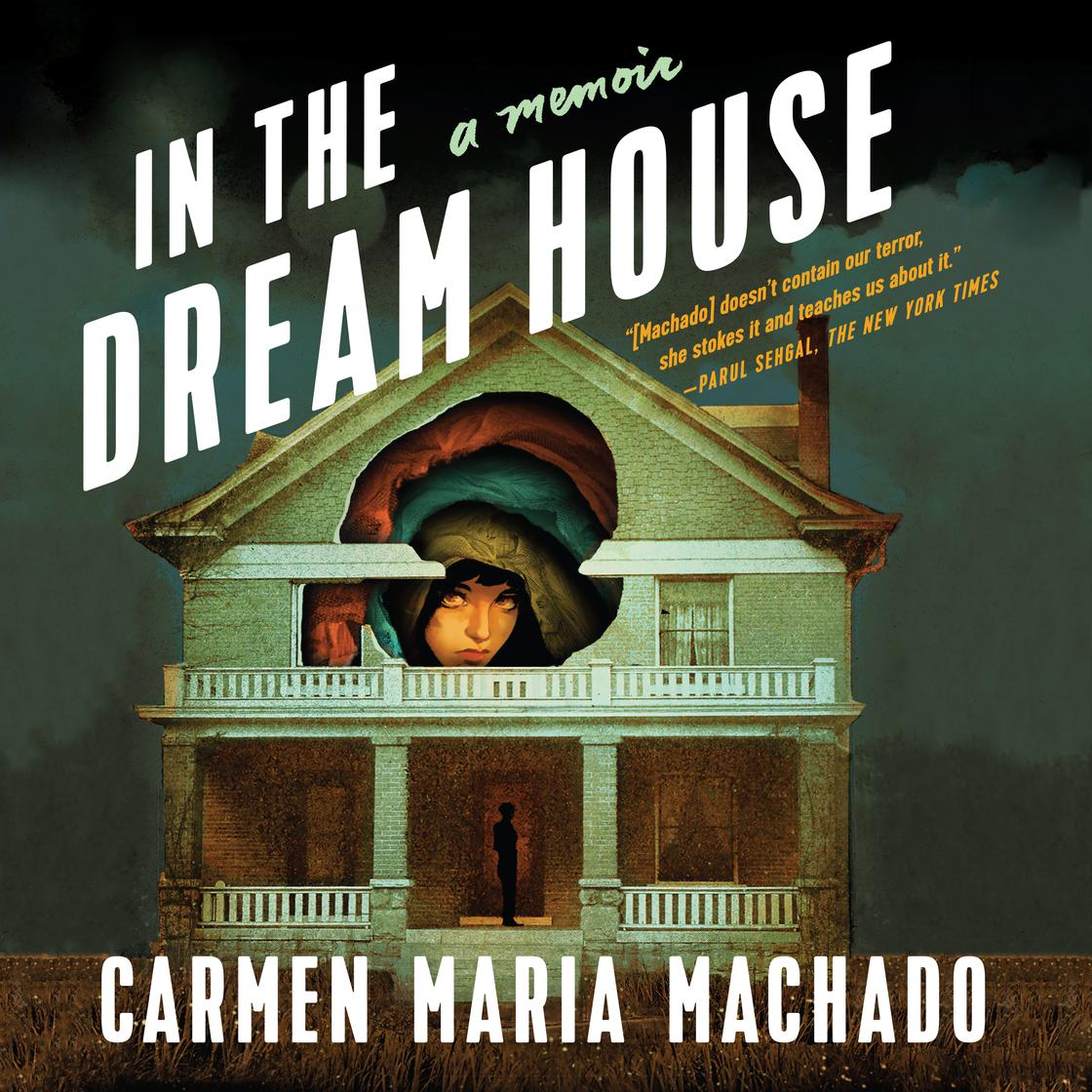 In the Dream House

By Carmen Maria Machado • Narrated by the author

“This is a spellbinding memoir that will stand the test of time. Carmen Maria Machado has crafted a memoir that turns the form on its head, that creates a stunning, chilling and winding narrative that stays true to the nature of human beings: complex and nuanced. The LGBTQ archive of intimate-partner violence needed this and helped pave a way for others to explore the violence in their queer relationships.” 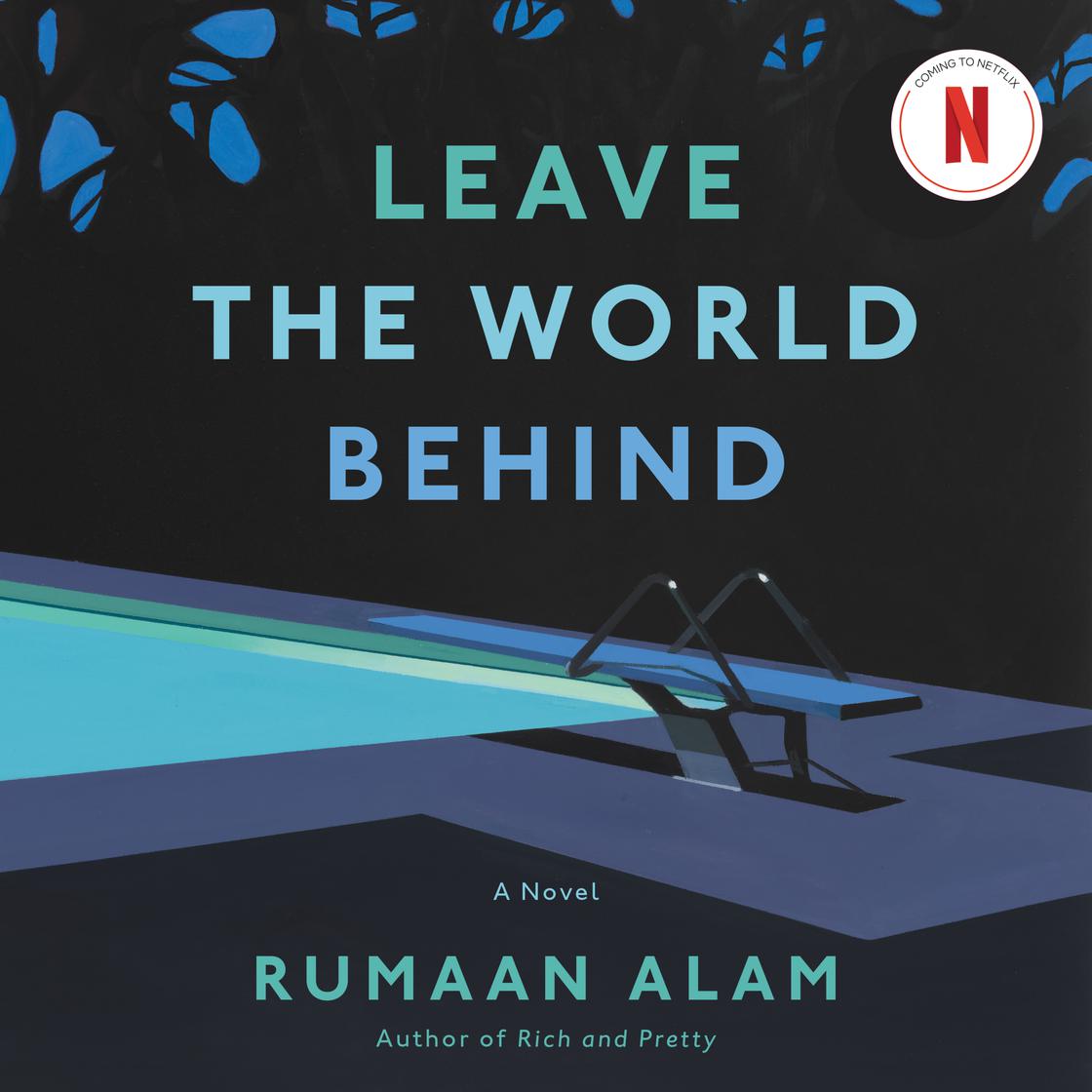 Leave the World Behind

“I can’t help but laugh as I recollect this novel. Darkly funny and richly suspenseful, it follows a white family and a Black couple in a remote New York house as a series of unfathomable events occur around them. Alam comments on our modern obsession with information, as we compulsively scroll our feeds and pat our pockets in panic to ensure our phones’ presence….This book is a study of privileged people, what they do when they must prove their capabilities, what they do when they are frightened. Leave the World Behind is superb—its unanswered questions perfect for book discussions.” 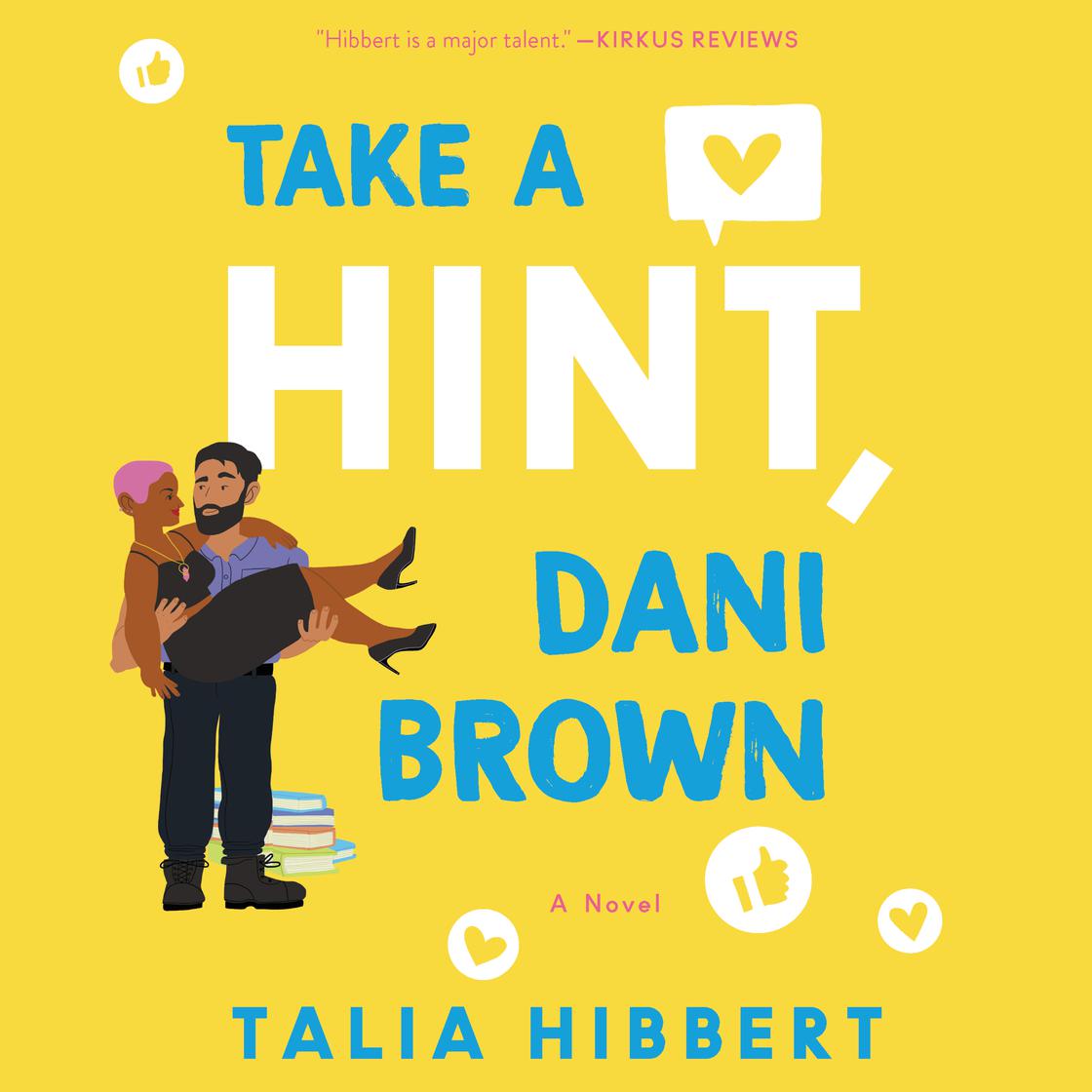 “Take a Hint, Dani Brown is a heartwarming romance that shines a light in dark times. Talia Hibbert normalizes quirks, coping mechanisms, and other human conditions that can get glossed over in a happily ever after. She makes it clear that verbalizing needs, sharing them with a loved one, and having them accepted is the true meaning of love. The depth of the characters and their struggles to come together are wonderfully balanced with charm, humor, and a large dollop of sarcasm. Take a Hint, Dani Brown is a delight.” 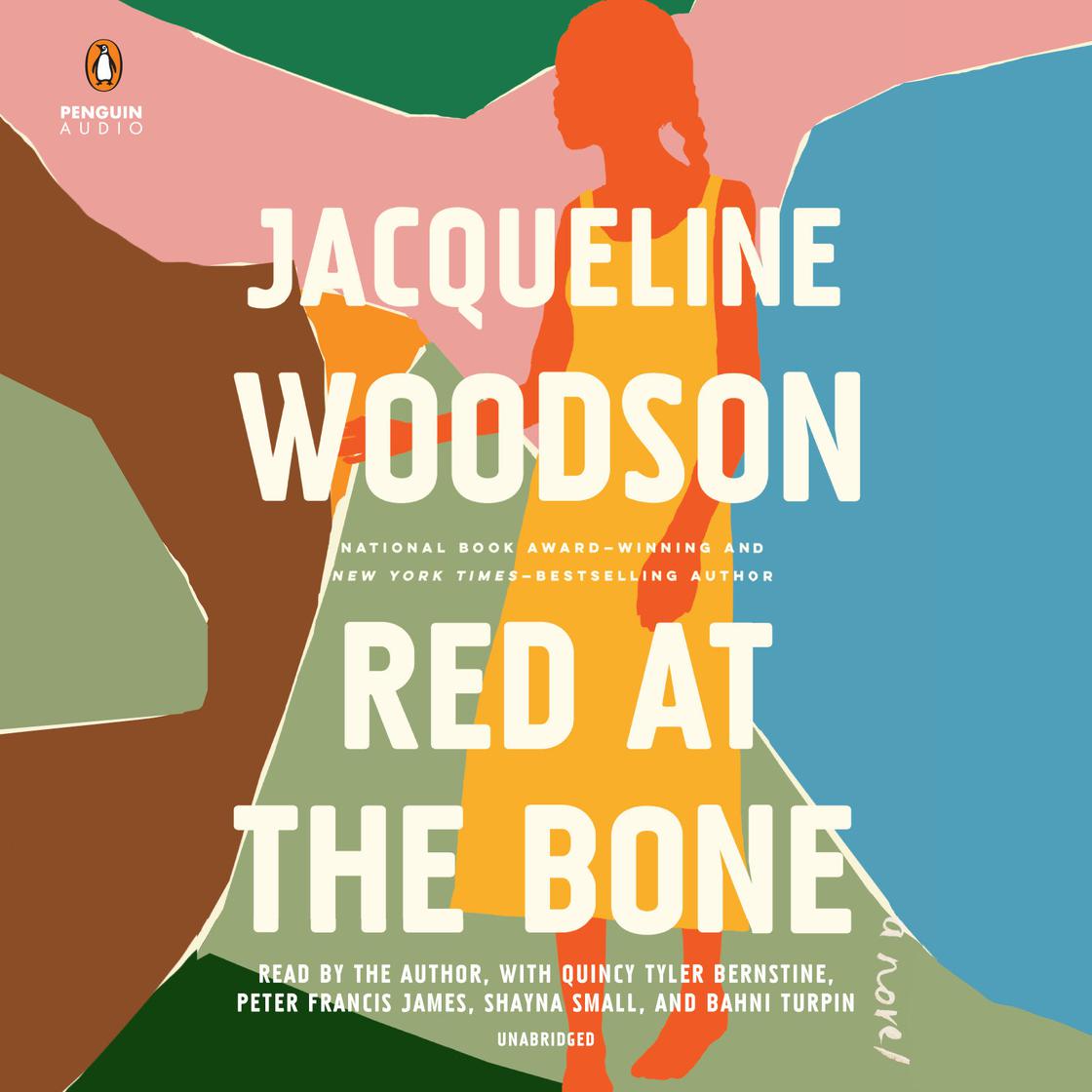 Red at the Bone

“Although you can read Jacqueline Woodson’s newest novel over the course of one evening, there is nothing breezy about the richness of its story, nothing short about the depth of its characters, nothing quick about the way this book stays with you after you finish reading. Told through five distinct voices, Red at the Bone tracks an African-American family through time and place as an unexpected pregnancy upends and reshapes family and class expectations as well as individual trajectories. Ultimately, the novel is about legacy….And since Woodson’s writing packs the emotional punch of an epic in a novella number of pages, the legacy of her book is to be read over and over and over again.” 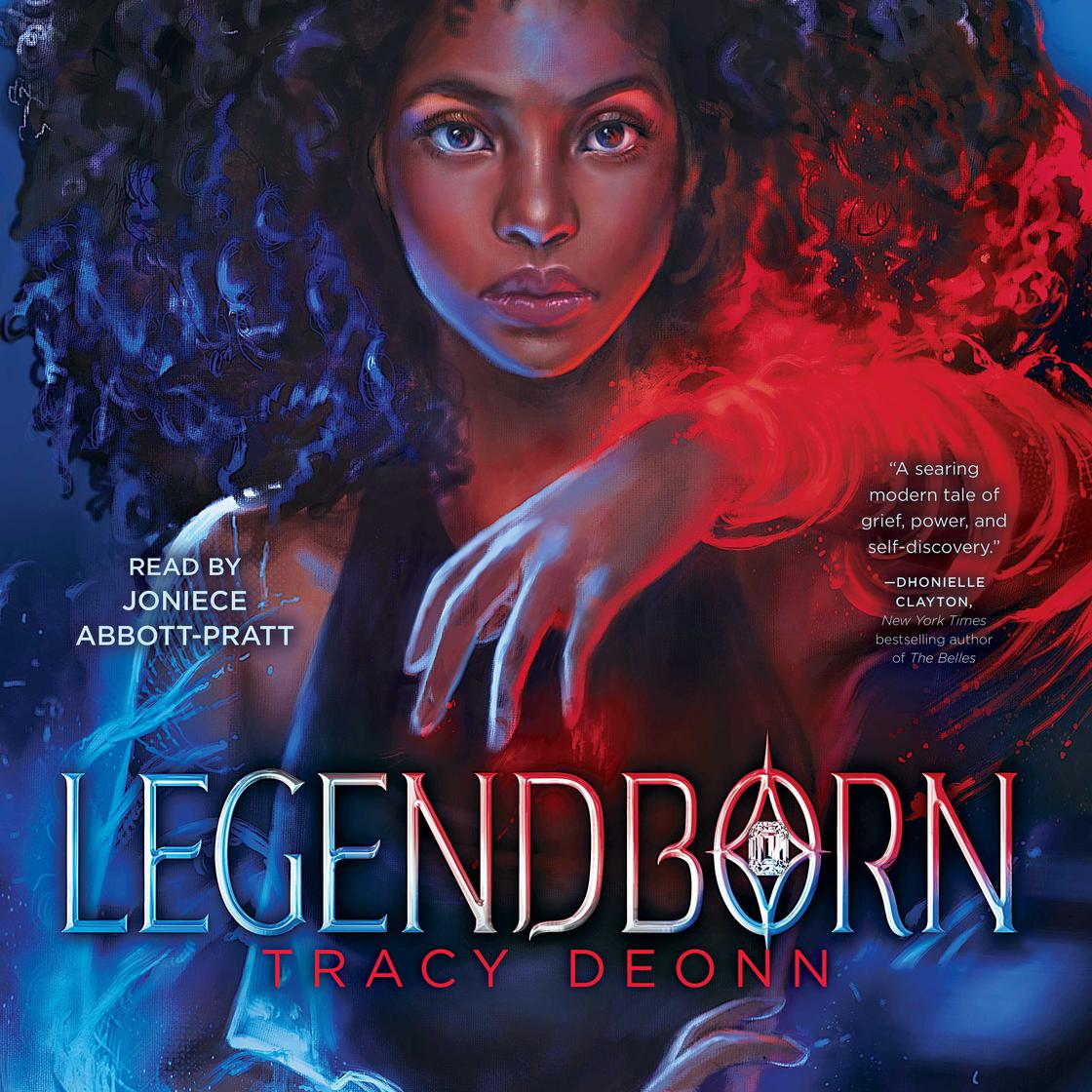 “Tracy Deonn expertly takes Arthurian myth and weaves them into the modern day in Legendborn with magic, secret societies, and high-stakes action. Whether you are familiar with those myths or not doesn’t even matter. Either way you’ll quickly be captivated by her writing, world building, and compelling characters—all paired with an excellent narrator. But this isn’t just an addictively good fantasy. It’s also a commentary on the systemic racism in this country, and how colonial practices directly influence oppression faced by Black people in the United States today. The end result is a must-listen that will leave you hungry for the story to continue and rooting for Bree to come out on top. ”

Did your favorite make the cut? Looking forward to a new favorite?
Let us know in the comments below!

6 replies on “Top 20 Most Recommended Audiobooks of All Time“