From the highly acclaimed author of Schroder, comes Sea Wife, a smart, sophisticated literary page-turner about a young family who escape suburbia for a yearlong sailing trip that upends all of their lives. We spoke with author Amity Gaige about her inspiration, her dynamic audiobook, and more. 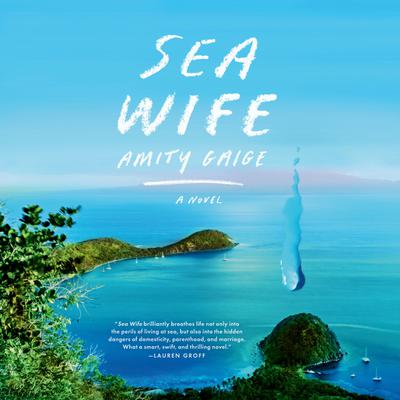 Sea Wife is a gripping tale of survival at sea—but that’s just the beginning.  Amity Gaige also manages, before she’s done, to probe the underpinnings of romantic love, marriage, literary ambition, political inclinations in the Trump age, parenthood, and finally, the nature of survival itself in our broken world.  Gaige is thrillingly talented, and her novel enchants.

Juliet is failing to juggle motherhood and her stalled-out dissertation on confessional poetry when her husband, Michael, informs her that he wants to leave his job and buy a sailboat. With their two kids—Sybil, age seven, and George, age two—Juliet and Michael set off for Panama, where their forty-four foot sailboat awaits them.

The initial result is transformative; the marriage is given a gust of energy, Juliet emerges from her depression, and the children quickly embrace the joys of being feral children at sea. Despite the stresses of being novice sailors, the family learns to crew the boat together on the ever-changing sea.  The vast horizons and isolated islands offer Juliet and Michael reprieve—until they are tested by the unforeseen.

Sea Wife is told in gripping dual perspectives: Juliet’s first person narration, after the journey, as she struggles to come to terms with the life-changing events that unfolded at sea, and Michael’s captain’s log, which provides a riveting, slow-motion account of these same inexorable events, a dialogue that reveals the fault lines created by personal history and political divisions.

Sea Wife is a transporting novel about marriage, family, and love in a time of unprecedented turmoil. It is unforgettable in its power and astonishingly perceptive in its portrayal of optimism, disillusionment, and survival.

In the thick of parenting two young kids, I got interested in people who raise their kids on boats. Those people seemed both a little reckless, and very free. I read about one boat with young children on it that had to be rescued by the Coast Guard in the middle of the South Pacific. I wanted to imagine how that family had gotten to that point, and if they regretted it or not. In writing Sea Wife, many other themes started to attach themselves to this sea journey: the challenges of modern marriage, political polarization….Now, I must say that Sea Wife feels very much like an allegory for this moment. It is a time of political turmoil, and on top of that, of a pandemic that has made us confront our mortality. The family in Sea Wife meets with these forces.

You will NEVER hear another book like this. Sea Wife is written in three voices, and these voices overlap, interrupt, and echo one another, sometimes as frequently as every other sentence. In fact, I think listening to the audiobook will bring the story new meaning and added nuance. The contrast between voices will be even richer when you can hear separate actors performing them.

I cannot tell you how excited I am for this brilliant production. I haven’t received an audiobook yet, but I was consulted throughout the process. The producer and director let me help cast the roles and give notes toward the complicated production. The incredible and award-winning voice actors Cassandra Campbell, Will Damron, and Georgette Perna voice the lead roles. When I heard wryly funny Cassandra, I felt that the character in my head had BECOME REAL. Which is the delusional reason you start writing fiction in the first place.

I was greatly moved and helped by the 50th Anniversary Edition of Kerouac’s On The Road, narrated by Will Patton, during a time in my life when I was making long lonely drives. But sometimes the author is the perfect voice actor, as in Michelle Obama’s beautiful Becoming and Anne Lamott’s perfect Almost Everything. I adore audiobooks. 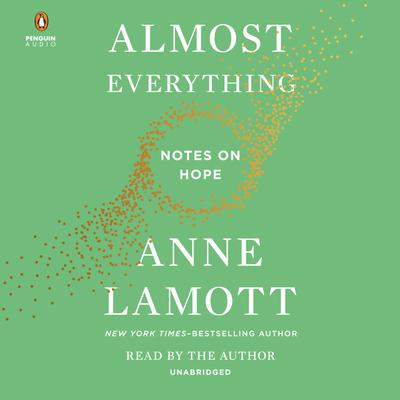 I don’t have an indie in my hometown, and that leaves a huge hole. Sea Wife is an Indie Next pick for May. That means that some incredibly well-read booksellers have given it their stamp of approval. I feel indebted to independent bookstores, and also I pray for their swift reopening. We need them—they are an essential business.

I will personally come and wash your dishes if you don’t love the Sea Wife audiobook.
(When our quarantine ends, of course.)