by Madi Mullen on November 27, 2019 in Author Profile, Interviews

Roshani Chokshi, author of Gilded Wolves, among other audiobooks, told us about her inspiration, favorite audiobooks, and love of independent bookstores. 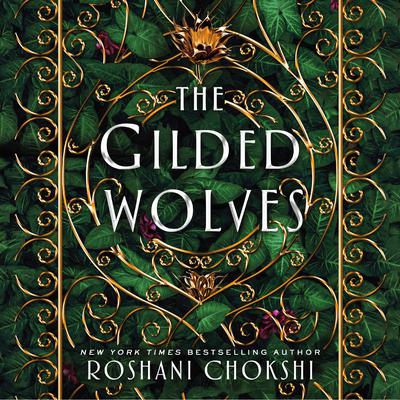 Originally, I wanted to write something light and fun, set in La Belle Epoque era because it seemed decadent and glamorous to me. I wanted to write my own version of National Treasure with puzzles and escapades, banter and romance. What I didn’t realize was that 1889 was a time of both beauty and horror, where someone like myself would be a second-class citizen. As someone of Indian and Filipino descent, writing a book set in the 19th century meant grappling with the horrors of colonialism. After that realization, the book took a different shape in my heart. It’s a story with a treasure hunt, romance, puzzles, banter, glamor…but also about finding your place in the world when you’re told you’re not wanted, and making sense of the unknown.

There’s so many fun accents! P. J. Ochlan and Laurie Catherine Winkel did a stellar job.

I’ve listened to parts. I find it really hard to listen to my own work though I’m always humbled that someone has taken my story and made it their own. From what I listened to, I was struck by the dedication to bringing each character alive through voice. They were all so distinct that they came alive to me.

Yes! Love Neil Gaiman’s Coraline, The Graveyard Book, and Steve West’s narration of Strange the Dreamer and Muse of Nightmares by Laini Taylor.

Independent bookstores are a home away from home. Booksellers are the magicians holding keys to dozens of portals. I am deeply indebted to my indie bookstores and booksellers because they remind you that the experience of reading is deeply personal. You live and die in those books; you fall in love; rule kingdoms; topple tyrannical governments. You emerge utterly the same, but some corner of your mind is now lit up or some piece of your heart lost in the pages you consumed. There’s no greater magic.